The impact of the austerity measures on Greeks 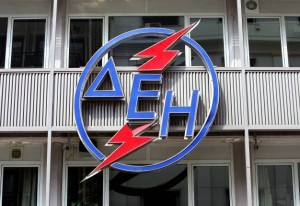 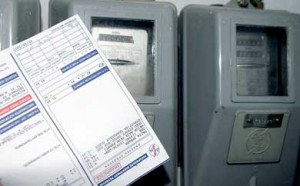 Austerity measures under the terms of the international bailout have put increasing pressure on the Greek people. Cuts in services, salaries and pensions alongside higher taxes and a 59% rise in electricity prices since 2007 have ensured that many now face a hard winter with their electricity supply cut off because of non-payment of bills. The consensus is that the government went a step too far in 2011 when it added an emergency real estate tax to electricity bills rather than giving the task of collection to the beleaguered tax authority. This only forced more consumers to default on their electricity bills. With the number of unemployed now at 1.37 million, or 27% of the workforce, the number of disconnections in 2013 is set to surpass last year’s figure by between 5% and 6%, and between January and September the total disconnections was already at 257,002.

This is just one of the hardships that have been inflicted on the country. Under pressure from international lenders, the Greek government has been seen as unfairly discriminating in their insistence on cutting wages and pensions to the poor and low paid while leaving the rich and the army of tax evaders comparatively untouched. The bailout funds secured last December were expected to end a long period of uncertainty over Greece’s future as part of the euro zone; after three years of austerity, people naturally hoped that this would also improve their own personal financial situation. The period of euphoria lasted all of two months. By February, tens of thousands of protesters had taken to the streets across the country with the sound of drums, whistles and cries of: ‘Robbers, robbers!’ A nationwide strike by the two biggest labour unions had shut schools, trapped ferries in their ports, and left hospitals to run on emergency staff only.

The aim was to test the will of the government in the face of growing anger. After only eight months in power, Prime Minister Antonis Samaras’s coalition government was determined to implement the reforms agreed with the European Union and International Monetary Fund. Ilias Iliopoulos, secretary general of ADEDY, the public sector union, made no bones about the protests: their intention was to ‘get rid of the bailout and those who take advantage of people and bring only misery.’ He added: ‘A social explosion is very near.’ Costas Panagopoulos, head of Alco Pollsters, said: ‘If these expectations are not satisfied by the summer, then whatever is left of the working class will respond with more protests.’ This is what has happened.

In 2012 the income of the poorest 10% in Greece had been reduced to half its 2009 figure and 37% were below the poverty line. With the growth of the Greece Solidarity Campaign and action against the closing of the state TV and radio stations, the furore over the Lagarde List with its implications for freedom of the press, privatisation and cuts to the health service, the seizing of state buildings and distribution of food and medicines to the needy, the problem of disconnection to the electricity supply had to be addressed. Relying on their own ingenuity, people began to illegally reconnect to the grid, and the sheer numbers of disconnections has created an ‘electrician’s movement’ – a loose group of professional electricians united by their dedication to restoring power supplies to those who cannot afford to pay their debts to the power company. They do this for free, considering the cutting of electric power from consumers to be immoral. Figures from the Hellenic Electricity Distribution Network (HEDNO) show that about 10% of Greek households have an illegally reconnected supply. Although their official position is that theft of electricity is dangerous and unfair to legitimate consumers, only 310 cases have been taken to court as the company wants to avoid prosecuting low-income families.

The price of electricity continued to rise – by an average of 12% in 2012 and a further 8.8% in January 2013. Under the bailout terms, further price rises for low-voltage electricity were scheduled for May, but costs to the Public Power Corporation (PPC), which is 51% government owned, were lower than forecasts so plans were dropped. However, by July the way was paved for a new deal on renewable energy sources with the Ministry of Environment Energy and Climate Change making cuts to the feed-in tariff on new photovoltaic installations of up to 45%, with plans to cut tariffs on existing photovoltaic installations by up to 10%. These cuts were initially offered to producers as voluntary, with the ministry promising that LAGIE, the Greek electricity market operator, would extend the length of purchase contracts, while the government would put pressure on banks to extend loans and cut interest rates. Although voluntary, it was expected that this deal would be pushed through by the ministry whatever the response from supplies, with the aim of establishing a viable sustainable energy market where the €436.1 million deficit of LAGIE’s Renewable Energy Sources fund is eliminated. An essential part of this new deal for power was the further increase of prices to electricity consumers imposed in July. While industrial consumers would pay less, domestic users were faced with a further 120% rise in prices. The Greek Regulatory Authority for Energy (RAE) saw this as essential to correcting the ‘significant structural distortions and weaknesses’ in the Greek energy market, while critics condemned it as the government again forcing the consumer to pay for their lack of planning.

Despite the hardship of living without electricity, many people who have their supply cut off rely on candles for lighting and fires or braziers for heating. Recently this has resulted in three deaths from fire or carbon monoxide poisoning and the opposition has put the blame firmly on the government’s austerity policies. The government was quick to react with promises that it would restore power to households that cannot afford to pay. Environment Minister Yiannis Maniatis said: ‘We will not allow any of our fellow citizens to die of cold.’ A case-by-case review will be undertaken to assess who are genuinely unable to pay after municipal authorities have provided the PPC with lists of poor families in each area. With winter already here, the question has to be asked: is this just a matter of good intentions too late; or a case of politicians backed into an inescapable corner, and the appearance of good intentions is all that counts? What is certain is that the people still feel unfairly treated and more will die before the spring.