National Strategic Reference Framework 2014-2020: The funding tool that will boost the Greek economy 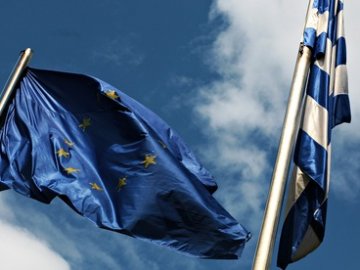 What the National Strategic Reference Framework is

Every since its formation, the European Union (EU) had a great and important objective: to reduce the gap in the different regions’ levels of development, in order to strengthen economic and social cohesion between its Member States. Therefore, EU has developed a “Cohesion Policy”.

Taking under consideration that by 2007, 12 more countries would join the European Union, the cohesion policy had to become updated. On October 2006 the EC approved the “Community Strategic Guidelines” for the programming period 2007-2013. Each Member State was obliged to follow these Guidelines.

Each Member State was invited to produce a document that would define all the national policy priorities and at the same time it would suggest key elements of implementation: suggestions on how the money from funds would be used to bring development. This document was called “National Strategic Reference Framework” (NSRF) and it ensured that the consistency between the European cohesion policy and the respective policy would be implemented at national level.

The impact of the NSRF on the economy of Greece today

The NSRF program in Greece (also known as ESPA programme) reached up the amount of 24,5 billion euros. ESPA Programme was a tool that boosted the economy in several ways. For example:
16.500 small and medium sized enterprises have been funded in order to modernize their operational processes.

So far, Greece has absorbed 79,32% of the total available amount of the programme. This brings Greece at the top three positions among the 28 countries of the European Union.

By the end of the programming period 2007-2013, the European Union had to deal with a new economic situation: global recession. So the European Commission developed a 10 year strategy with the name “Europe 2020”. This strategy which was presented on 3 March 2010 aimed that the EU would overcome the crisis and is focused on five broad-spectrum goals:

The successful implementation of this strategy depends on the willingness of each Member State to adjust and implement it at national level. As a result, each Member State must submit a new NSRF document which will present the actions taken towards the achievement of the “Europe 2020 national targets.
Greece has submitted its NSRF 2014-2020 (the new ESPA) to the European Commission, in February 2014. It is expected that by the end of June 2014, the EC will approve the programme.
The available amount of money through the new ESPA programme are 20,8 billion euros. The funds that participate are same as they were in the previous programming period.

What the new programme will bring to Greek economy

The new programme is divided into 4 Sectoral Operational Programmes (SOPs). They are the main sectors that will help boost the economy in Greece as well as they will help achieve the national targets of the overall strategy “Europe 2020”:

The economic crisis unveiled the weaknesses of the Greek economy. The application of the NSRF programme (the ESPA programme) for the programming period 2007-20113 helped to blunt the tragic effects of this crisis. Even though, Greece did very well regarding the absorption of the funds of the previous programme, it is expected that the new programme NSRF 2014-2020 will bring more visible results: it will bring the greek economy back to the development road again. The new programme will finish all the on-going projects that started during the previous one (mainly regarding the infrastructure works), but most importantly it will bring new job opportunities and it will enhance the business climate in Greece.
The exploitation of the resources coming from the European Structural Funds is a great opportunity for new investments to arrive in Greece. The new NSRF will mark a new era for the economy in Greece.