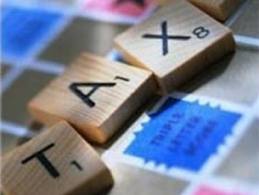 For many years, economists have viewed the rampant tax evasion in Greece as one of the country’s most serious obstacles to its hope of escaping the seemingly endless and debilitating budget austerity that has brought protest and violence to the streets and engendered an atmosphere of anger and resentment among its people. In the early days of the crisis, optimistic officials were predicting an improvement in tax collection with the aid of such arcane measures as using aerial photography to force tax evaders to declare their swimming pools, and homing in on doctors who live in affluent neighbourhoods but report unusually low incomes. Many similarly ineffective measures aimed at collecting tax arrears from the rich have only moved the money elsewhere, such as the tax on yacht owners which has emptied Greek marinas.

These efforts have grabbed the headlines but did little for the country’s struggling economy. Together with the 22 new tax laws introduced within two years and figures for tax arrears - €45 billion in 2011 and €56 billion in 2012 – that showed the opposite of success, many people were suggesting that the authorities were just stumbling around in the dark and would never make any progress. By the end of July 2013, ahead of the most active annual tax period, arrears had increased to about €60 billion, or nearly one fifth of the country’s public debt. The inefficiency of the country’s tax collection system and the people’s hostility was brought into sharp relief by recent events in the small Cretan village of Archanes. Tax inspectors arrived during a saint’s day celebration and went from restaurant to restaurant demanding that owners produce their financial records. There was pushing and shoving. Angry words were exchanged. The inspectors fled, run out of town. Many more villages around the country can tell a similar tale. This is the kind of highly visible but pointless exercise that hurts the small, struggling businessman but makes no dent in the tax deficit, and engenders only more hostility.

The struggle for change

Until recently, all the changes made in the tax collection system have added up to more confusion for accountants, and money-saving efforts to reorganize the tax bureaux have resulted only in a slowed down and more expensive administrative tangle. Together with the widespread anger seen at the grass roots in places such as Archanes, this has added up to an almost insurmountable problem for both government and administrators. The problem of widespread tax evasion remains.

Meanwhile, the furore over the notorious ‘Lagarde list’ continues. The journalist, Kostas Vaxevanis, who in 2012 was acquitted for infringing privacy laws after publishing this list of over 2000 wealthy Greek tax evaders together with details of their holdings in the Geneva branch of HSBC, is now facing a retrial. At stake is the right of a journalist to act as the nation’s conscience where public interest is paramount. Confusion reigns here too. In October 2010, before publication of the list, the then French Finance Minister, Christine Lagarde, gave it to the Greek authorities in the hope of helping in the nation’s fight against tax evasion, which was widely seen as the root of the country’s economic problems. Instead, the Greek Finance Minister George Papaconstantinou failed to act, and the now former minister is also facing trial amid suggestions that he tampered with the list, removing the names of relatives. Vaxevanis only published the list after seeing that Papaconstantinou was sitting on it. We now have a situation where two people are on trial – one for publishing it, the other for concealing it. As far as tackling the tax evaders goes, nobody on the list is currently facing legal proceedings, and investigation has been handed down from the elite auditors to local tax offices. At best, the lack of manpower, with only 0.87 auditors per 1000 citizens, will ensure that any further movement will be slow.

Hope for improvement in Greece’s tax collection problems has been put in the country’s new Code of Tax Procedure, published in July 2013, which amends several areas of tax law, including tax compliance, the assessment and collection of income tax, the new real estate property tax and VAT. It also consolidates a number of rules that were formerly scattered throughout various pieces of legislation, simplifying procedure and making important changes that will affect taxpayers, such as introducing a twenty year prescription period for tax evaders, and the charging of interest and the imposition of penalties on overdue taxes.

The new procedures introduce widened state powers to obtain evidence and conduct audits. In the case of new evidence coming to light since a tax audit has been completed, tax administrators are able to reopen an investigation and adjust its assessment of the due taxes. Where there is evidence or suspicion of tax evasion, a full scope audit can be undertaken without notice. With prior permission from a Prosecutor, taxpayers’ private homes can be entered in order to obtain further evidence. A license issued by the Prosecutor can also enable auditors to cut through third party professional privileges of privacy and non-disclosure to obtain information and documents concerning transactions with the taxpayer. The tax administration has powers to seize copies of all financial records in any format, printed or electronic.

In order to safeguard the state’s interests in collecting unpaid taxes, the administration can request payment of a guarantee. A new proactive tax assessment system has also been put in force where tax is assessed before filing a tax return, either to be paid in one lump sum or a guarantee or security against fixed assets supplied prior to a final tax assessment being made within the following year. Assets, including those held by third parties, can also be frozen without a court order, and in emergencies such as the taxpayer’s imminent exiting of the country or transference of assets to a third party, urgent enforcement measures can be implemented even before the debt becomes outstanding. New rules also ensure personal or joint liability of shareholders or partners for tax debts owed by dissolved companies if they have held a minimum 5% share for up to three years before dissolution.

The extension of the prescription period for tax assessment to twenty years applies in all cases of tax evasion, which is defined as concealment of income by any means, failure to calculate VAT owed, fraudulent collection of tax refunds, the falsification of financial records or invoices, the acceptance or issue of false invoices, or the fraudulent reporting of business expenses. Significant penalties apply to all types of tax evasion, from percentages of the value of concealed transactions or false returns (up to 100%), €500 fines for each falsified document (capped at €50,000 per annum), penalties between 10% and 30% on delayed payments, to 100% over the due tax figure for failure to file a tax return. With these new measures in place, Greece needs only an efficient and well manned authority and a more compliant population to ensure that the current high tide of tax evasion finally turns.