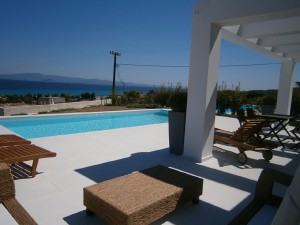 The Inheritance Law in Greece is mainly included in the 5th book of the Greek Civil Code, which is comprised of articles 1710 – 2035. The inheritance law applicable is subject to European Regulation No. 2012/650 for deaths that occur after the 17.8.2015. Greek inheritance laws mainly apply in the event that the decedent had his last place of residence in Greece or chose application of Greek inheritance law through a will or had Greek citizenship at the time of his death. Greek Inheritance Law contains rules about the inheritance in case of existence of a valid will, as well as rules that apply in the case of intestate inheritance, i.e. in the event that the decedent did not leave a valid will. A will may be drafted by the testator’s hand (holographic will) or be drafted before a notary; a holographic will is valid irrespective of where such is found after the decedent’s death, i.e. it may have been filed before a notary or kept at home. Anyone who finds a will after the decedent’s death, as well as the notary by whom a will is kept, is required by law to file such immediately before the court of peace of the decedent’s last place of residence, once they find out about the testator’s death. After publication of such will before the competent court, any interested third party may acquire a copy. Inheritance law in Greece is quite different from laws in the United Kingdom, U.S., Canada and Australia. For instance, the inheritance procedure is mainly operated by the interested parties (e.g. heirs) and not authorities; furthermore, it is not common in Greek inheritance law that a person is appointed as administrator of the estate, who will distribute the assets to the heirs after payment of taxes, existing debt etc. It is mainly the heirs themselves that immediately take over the assets that were left to them by virtue of the will, having a direct right thereto; while they are personally liable to pay any taxes on assets acquired from the decedents estate. When the estate is comprised of real-estate assets, the heir will practically have to prepare a notarized statement of acceptance of inheritance of apply for a certificate of inheritance, which can then be recorded in the land-registry, so that title to the real-estate may pass over to the heir. Greek inheritance laws on intestacy provide that the spouse is entitled to 25% of the estate, as long as there are children (who are entitled to receive 75% of the estate), 50% if there are any other close relatives (siblings, parents, grandparents, grandchildren etc) and 100% if there are no other close relatives. In case that there is no spouse, the decedent’s children inherit everything in equal parts, and if there are no children, then the next close relatives. If the decedent had no spouse, children or other close relatives at the time of his death, his / her estate passes over to the Greek State. Inheritance laws in Greece award the right to the heir to reject the inheritance; the deadline for such purpose is one (1) year if the decedent or the heir have their place of residence outside Greece, otherwise it’s four (4) months. Such statement of rejection of the inheritance is to be filed before the court of the decedent’s last place of residence. Unless such statement of rejection is filed duly and within the prescribed deadline, Greek inheritance law considers the heir to have automatically accepted the inheritance, thus being liable to pay inheritance tax, but also liable to pay any existing debt of the decedent.
Katergorien: News in English
Keywords: greece, Inheritance law
Kommentare: Keine Kommentare | Kommentar schreiben »