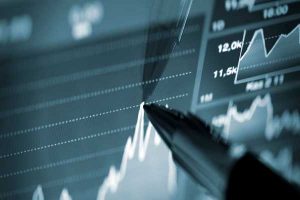 Another opportunity to invest in Greece

Exploitation of the Greek state-owned assets: Another opportunity to invest in Greece.

Since 2010, Greece is making a continuous effort to recover from the severe effects of the economic crisis and to boost its economy. Because of the fact that the Hellenic Republic is the biggest owner of properties in the country, the policy makers decided to exploit these properties by selling or leasing land, real estate buildings, and shares of public corporations. However, it was not easy to handle such huge welfare, because different public companies used to handle (monitor, valuate and exploit) the public properties. The fiscal strategy that Greece is following defines that the public sector must be reformed and some of the public companies must close. So now, there are 2 main institutions, which exploit the state-owned properties.

One of the two companies is the “Hellenic Republic Asset Development Fund (HRADF)”. It was established on 1st July 2011 under the medium term fiscal programme. Its legal form is “Societe Anonyme” of which the Hellenic Republic is the only share holder. Its duration is expected to be 6 years, but it may exceed this timeline once the Ministry of Finance decides that would be necessary. Among the members of the Board there are two observers who have been appointed by the European Commission and the Eurozone respectively.

Mission of the Fund

The medium term fiscal programme of 2011 defined that the Greek government had the commitment to develop a Privatisation Programme for the state-owned assets. The Fund was established in order to support and promote this privatization programme in a transparent, rapid, and efficient manner. Then the Greek government enacted an “Interministerial Committee for Restructing and Privatisation”. This committee (which consist of the ministers of: Finance, Development and Competiveness, Infrastructure, Environment, and Tourism) decides which one of the public properties are ready to be privatized and then it transferred to the HRADF. The fund has the jurisdiction to sell, to develop and to liquidate the 900 assets that have already been transferred to it from the state. These assets are divided into 3 categories:

These are some of the completed projects of the fund: Since 2011, the Fund has received 2,6 billion Euros through the implementation of the privatization programme.

These are some of the on-going projects of the HRADF:

There is a second company which is entitled to exploit the state-owned properties. It was first established in 1998 (with a different name) and its main objective was to exploit the tourist properties of the country. In 2011, it merged two other state-owned companies with similar activities and it got its final name – Public Properties Company SA (PPC). Nowadays, the PPC is handling more than 70.000 state –owned properties mostly of tourism interest (marinas, ski resorts, camping, spa resorts). The PPC exploits all these properties which have not been transferred to HRADF. It may lease some of them (the leaser in most cases has the obligation to invest money to renovate the place) but it may manage them as “branch offices”. Examples of these branch offices are the “Parnassos Ski resort” and the Vouliagmeni Seashore SA (a land situated in south Athens area and offers leisure and sea-related services).

The first e-auction for properties

The most innovative project that PPC is running is the website: www.e-publicrealestate.gr. It is an electronic – Ebay style – platform where the smaller public properties are auctioned. It runs since July 2013 and it aims to make these properties accessible to as many investors as possible. The types of properties that can be auctioned are residential, commercial, sports and tourist facilities and / or urban and rural land. In the near future, 16 are scheduled but no specific dates are given yet.

The co-ordination of the HRADF and the PPC

So far, the two companies used to cooperate for a small amount of properties. The PPC used to promote “mature” projects which were ready to be privatized such as the case of Helliniko S.A. The updated memorandum defines that the two companies will cooperate more in the future. More specifically, PPC will make sure that the properties are not mortgaged and they can be transferred to the HRADF. It is expected that by the end of 2015, 3000 properties will be transferred to the HRADF.

Exploitation of the church properties

A third company entitled to exploit properties is the newly established (January 2014) company responsible for the exploitation of church properties. It is half-owned by the Holy Archbishopry of Athens and half-owned bt the Hellenic Republic. The properties which the company will manage can only be leased. They cannot be sold. The state will receive the 50% of the incomes and the other 50% will be used for the church charities. The first property to be leased is a land of 83.000 m2 located to Vouliagmeni, south of Athens.

The Greek government is making every effort to boost the economy. This aim can be achieved by attracting new investors. The privatization programme was one step towards this objective. Privatisations will not only help to reduce the public debt, but they will also bring some indirect benefits. The privatised properties will be developed by the investors and thus new jobs will be created. The underutilized assets will be used in a more effective way (as it will happen in the case of Helliniko or even Aghia Triada). The local communities and economies will be boosted. In the end, privatizations is a tool that enhances the good business climate that the new investors want to see in Greece.
Gesamten Artikel lesen »
Katergorien: griechenland-krise, News in English, Wirtschaft
Keywords: business in Greece, greece, griechische Wirtschaft
Kommentare: Keine Kommentare | Kommentar schreiben »