Starting up a business in Greece within a day 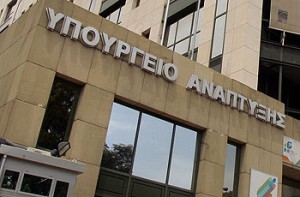 On Monday, 17th February 2014, the Greek Minister of Development, Mr Xatzidakis, gave a press-conference, where he presented a draft of a new investment law which will change radically the methodology followed in order to start up a new business in Greece. It aims to reduce the time required to begin a new business up to a single day. It will allow all businesses to operate without any severe public sector interference and simplifies the required procedure to get a start-up license.

This law is considered to be one of the most important laws that the Greek government has issued, during the last 18 months, that’s why it was so important for the Greek Prime minister, Mr Samaras to be present and attend this specific press-conference. He said that this law is a very significant weapon, used to boost the Greek Economy and to reduce the “monster” of bureaucracy.
What the investment law will include

The final format of the law will not be finalized prior to its voting process by the Greek parliament, by the end of April. However, the basic core of this new law is as follows:

The benefits of the investment law:

The Greek government aims to achieve some great advantages when this law is in force:

ü  The numbers of steps required to obtain an operation license will be reduced up to 60%. So far, the entrepreneur was obliged to collect documentation such as health and fire safety regulations as well as studies on environmental impacts. Many and different public authorities were involved to provide all these papers. They now become obsolete. The procedure only requires the entrepreneur to fill in an application.

ü  The entrepreneur becomes more responsible to provide true data regarding the operation of his/her business. He /she is aware of the fact that any fake data may cause the business to shut down. He/she also feels that all the actions that the entrepreneur is responsible for will benefit his/her own business.

ü  Until now, there were not any clear and objective standards which would thoroughly describe the business licensing process. Every case for licensing a business was examined as separate case and not under the ‘umbrella’ of specific standards. As a result, there was a chance of misinterpretation of the law, unjustified time delays and eventually corruption seemed to be the only solution.

ü  The Greek business licensing procedure will conform to the EU and international practices, creating a business friendly environment in Greece.

More importantly, the long –term benefit of the application of this investment law, will be the enhancement of the business environment in the country. The government hopes that this law will create a safe business working framework that will appeal in the near future investors from abroad to invest in Greece.

The business world of Greece and from abroad is expecting this new law to be quickly enacted. It took several months of preparation and the cooperation of several ministries (such as the Ministry of Internal Affairs, the Ministry of Public Order, Ministry of Tourism, Ministry of Environment, etc), but the results are very hopeful. The entrepreneurship in Greece changes from its foundation. A new era for investments in Greece  begins.