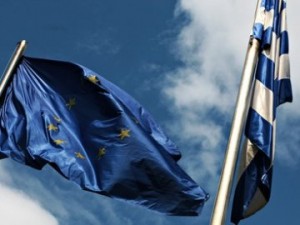 The primary concern for the Greek government is to put country’s economy back on track. The Officials are more than interested in finding ways not only to maintain the existing investments, but also to appeal and to support new ones. The government is making every effort to encourage its international trade collaborations and to boost even further the investment environment in Greece. Greece must surpass all the bureaucratic practices of the past which did not let the investments to rise. The present hard times demand a new flexible working environment.

In order to achieve the above goal, the government has launched some measures: it proposed the new investment law which allows businesses to start up within a day (see the article of 28 February 2014: Starting up a business in Greece within a day’). The last few months, it focuses on reviewing the existing exports procedures and processes followed by the exporting companies of the country. The exports policy reform is considered to be another major step towards the creation of a stable investment environment in Greece.

First of all, it was necessary for a National Exports Strategy to be established. In the recent past, there had been taken some few reluctant actions for creating the “National Strategy for Trading Facilitation (NSTF)” in Greece. The efforts to create a thorough exports strategy have become more intense the last two years (the crisis made clear that an extroverted exports approach is the pillar of the Greek economy – along with tourism). The Greek NSTF is based upon the examples of other countries such as England, Austria and Holland which have applied successfully similar kind of strategies.

The NSTF aims to simplify all the pre-customs and customs procedures related to the exports trading, thus reducing the time and administrative costs for the exporting companies. Export Trading becomes more favorable for investors either they come from Greece or even from abroad. More particularly, foreign investors will be interested in investing in Greece, because from now on the country’s legislative framework allows them to easily export anything produced by their investment. The initiative to form a National Exports Strategy must have taken place long time ago as Greece has a great advantage due to its geographical location and it may become the hub for the region’s international trade. The officials expect to achieve the following objectives, after the NSTF is implemented

The key presupposition to implement the National Exports Strategy is the formation of a governmental supervisory body (political level), called the “Co-ordination Committee of the National Strategy for Trading Facilitation (CCNSTF). This committee is formed with the participation of the following ministries: Ministry of Finance, Ministry of Foreign Affairs, Ministry of Development and Competiveness, and Ministry of Rural Development. The European Commission and the United Nations Economic Commission for Europe (UNECE) will be invited to hold an advisory role. The purpose of this committee is to make sure that the principles of the NSTF are followed, and to provide the necessary support and guidance to a body called the Operational Steering Committee for Trade Facilitation -OSC (operational level).

The Committee will have to monitor and underline the progress done during the implementation of the National Strategy for Trade Facilitation. It must also coordinate and supervise all the involved parties (ministries, business unions, exporters). It can come up with suggestions to improve the efficiency of the NSTF.

In addition to the Operational Steering Committee, the Greek government decided to set up a new entity called “Enterprise Greece”. This new company will function supplementary with the OSC, in order to enhance the effort for extroverted entrepreneurship in Greece.

The responsibilities of the “Enterprise Greece” are to:

The law bill was voted by the Greek parliament on 26 February 2014. The new entity is expected to start functioning on 1 April 2014, but its full operation will begin on 1 October 2014.

There is a strong political will to reverse the prevailing conditions that ruled the investments so far. Greece needs radical structural reforms, if it wishes to return on the road of development. There are mainly two points that the government may focus on in order to bring the country in developmental orbit: appeal new investments and improve performances of exports.

The new investment law is the first of a series of actions towards this direction. The creation of the entity “Enterprise Greece” is the second one – together with the implementation of National Strategy for Trade Facilitation. The government hopes that the NSTF and the “Enterprise Greece” will be a major tool for the boost of the economy, as they both set a stable and friendly environment for the investors – exporters. They both promote the extroverted “climate” that is cultivated in Greece.